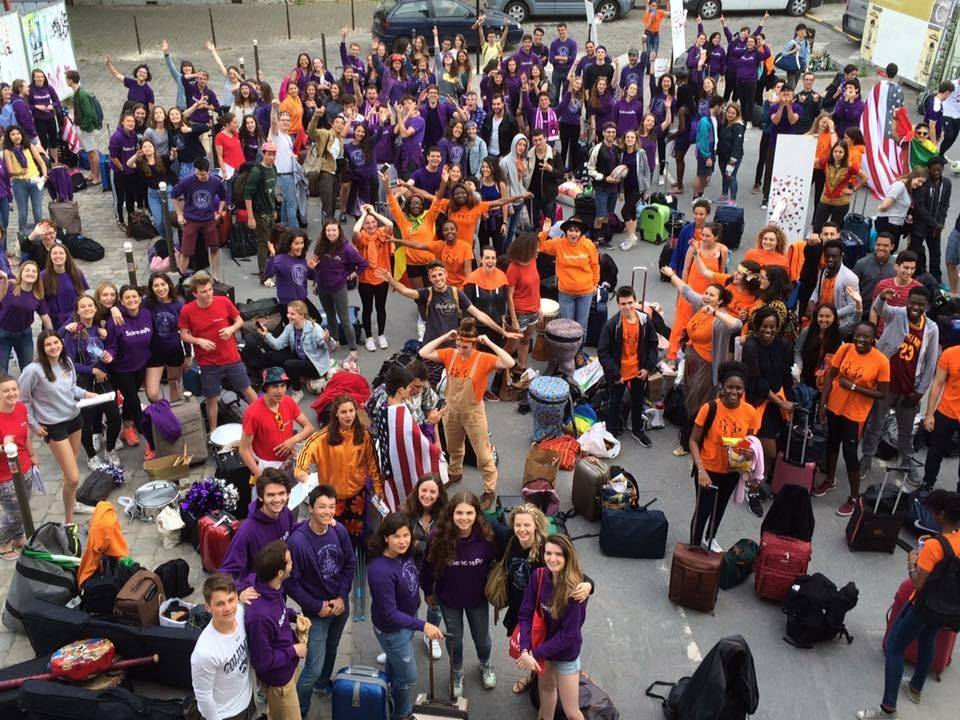 This year, 32 students in the Europe-African program were admitted through the national procedure, a grueling admissions process. For the more stressed and masochistic – myself included – they started preparing for Sciences Po the previous summer, sacrificing ten glorious days of vacation to be locked in a stuffy classroom to cram historical and mathematical knowledge into their brains in preparation for the written exam. Then came the time to submit their applications in January, pass the infamous written exam in February, receive the results of the written exam in March, pass the oral exam in May, and find out if they were admitted to Sciences Po in June, after the baccalaureate ends. It sounds like a handful – that’s because it is.

25% didn’t apply to the program

We Eurafs distinguish ourselves with the color orange and a cute-looking elephant; we are a large family, and we march to the rhythm of our own drum (or should I say, of our own djembe). The only problem is that I hadn’t applied to be part of this family. Far from it, I had poured my heart and soul into the Euro-African program’s slightly purpler, American counterpart. Yes, you’ve read the last sentence correctly: I went from being a die-hard, aspiring Euram to a slightly confused Euraf.

« I went from being a die-hard, aspiring Euram to a slightly confused Euraf. »

Sure, you’ll tell me that with the new reform, I’ll be studying the same subjects as the Euram students; I’ll be allowed to study in North America in my third year. You’ll tell me that virtually, the only difference between the Euro-American and Euro-African program is the language they are taught in, but the injustice does not just lay in a paltry language.

To be frank, I consider the injustice to be bigger than that. I view the application process as a contract. I apply to a program from your school and you either consider me fit for it or you reject me. If you can’t keep up your end of this contract, then we are on unequal terms (for all the business buffs out there, be indulgent, I did the L section of the baccalaureate). I admit I had the right to refuse the place offered to me in the program I didn’t ask for, but let’s be honest: Sciences Po is Sciences Po, it’s an offer you just can’t refuse.

I’m not here to complain or start a revolution, I’m merely putting pen to paper to divulge a discrepancy in the way the admission process is handled. Perhaps the board of admissions saw something in my application that screamed ‘Africa!’ but when I asked them to justify their decision I was left with something along the lines of: “We need to make sure we balance out the number of students in each course” and “our decision was based on your motivation and the elements contained in your application”.

Did I mention all 8 of these students transferred to the Europe-Africa program are female? I’m not one to make assumptions, but it certainly leads one to reconsider Sciences Po’s motivations: was their decision to transfer 8 female students to the Europe-Africa program based on a quota they had to respect? It would be contradictory for a school so implicated in male-female parity to put numbers ahead of a woman’s right to a certain program. If this isn’t the case, then what criteria were used to choose these eight students? Was it because, in their eyes, the profiles of these students corresponded to the Europe-Africa course better? If not, were we just chosen at random?

That being said, I am only one of the eight. I’ve had the opportunity to speak to my fellow Euram to Euraf transfer students, and most of them have assured me that they are ecstatic to be a member of the Euraf family. The board of admissions certainly isn’t the antichrist: they have given us the opportunity to study at one of the best universities in France, but aren’t we entitled to know why our choice of program wasn’t respected?