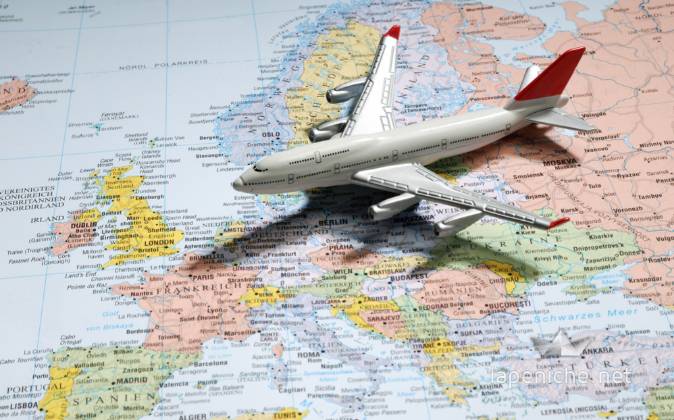 What do you, as a Sciences Po exchange student, see if you scroll through your social media feeds? Instagram stories of the weekend’s latest city getaway. And what seems to be the most popular distraction during the less exciting lectures? Chasing cheap flight tickets on Skyscanner, or looking up “Top 10 Things to Do in Budapest”. Air travel is representing a larger and larger share of the rich population’s carbon footprint, and with the 1.5-degree climate goal getting more and more out of reach, something seems clear to us. We need to challenge our generation’s unhealthy obsession with traveling, which is widely reflected in students’ exchange semesters.

When politicians fail to change the system that is causing the destruction of the Earth, it is time for collective action to guide us towards the sustainable future we strive for. And collective action is just starting out as a driving force in the fight to combat climate change. Just look at the People’s Climate March in 2014, or the more recent petition by students from French top schools urging employers to secure sustainable business practices. However, one particular arena seems to have remained untouched by these movements – our flying habits. If we want to fight climate change, each person needs to emit maximum 2 tons of CO2 per year. Right now, 1.2 tons of CO2 is emitted just from a single flight one-way between London and Seattle. Trains, on the other hand, offer us a possibility of carbon-free transportation. The trains running on Swedish railways rely on 100 % renewable energy, and Deutsche Bahn in Germany is working towards reaching the same goal. Trains can provide us with an almost carbon emission free transport. So, why is it that we keep taking planes everywhere? Most Sciences Po exchange students have probably been increasing their carbon footprint through flying this term, despite having the reputation of being progressive and green.

We get it. Everyone wants to explore and discover new cultures during their term abroad, especially when you can do it for a cheap price. And that’s great, knowledge about different cultures bring us together in times of rising nationalism and populism. But hear us out, going on a weekend trip to Prague is not necessarily discovering a new culture. It is more likely to be a contribution to mass tourism. And taking an Airbnb apartment cheaply in the city center is most probably contributing to displacing locals in need of permanent accommodation in cities (just look at Barcelona). Of course, the short distances between cool places in Europe are appealing for people that are used to traveling for days to see another part of a country.

However, the fact that cities here are so close to each other is a strong argument to take the train instead of the plane during your weekend trip. In addition, the goal with a semester abroad should not be to maximize the number of countries visited. This type of “check-list tourism” will not enrich our understanding of other cultures, and it will not build bonds between countries. Instead, it is destructive, both for the environment and for the locals. We all moved to France for a reason, let’s take the opportunity to fully get to know the country and culture, rather than going on Eurotrips every weekend.

Advocating a plane-free lifestyle may seem radical, especially for exchange students from different continents. And we are by no means speaking against going on student exchanges. Enriching your degree with a term abroad is great, and we are not saying you should have to take a boat across the Atlantic ocean in order to do so. However, the flight is not always the only option. Uppsala University in Sweden has started with a great initiative for students that are going on exchange. They offer a scholarship of 190 euros if you go by train to your new study area. The money can be used for a one-way train ticket or for an interrailing card. This is something we hope other universities can be inspired by, and something that can help reinvent traveling.

Despite the hard tone in our argument, our aim is not to shame anyone. But we do want to remain honest. Instead of constantly thinking of how we would be better off somewhere else, why don’t we all try to create an everyday life that we are happy with? Because in the long run, how much do we really get from commercialized express tourism, apart from three new photos to our Instagram accounts? If you have the opportunity, join us for a flight free 2019.
Collective action is the way forward.