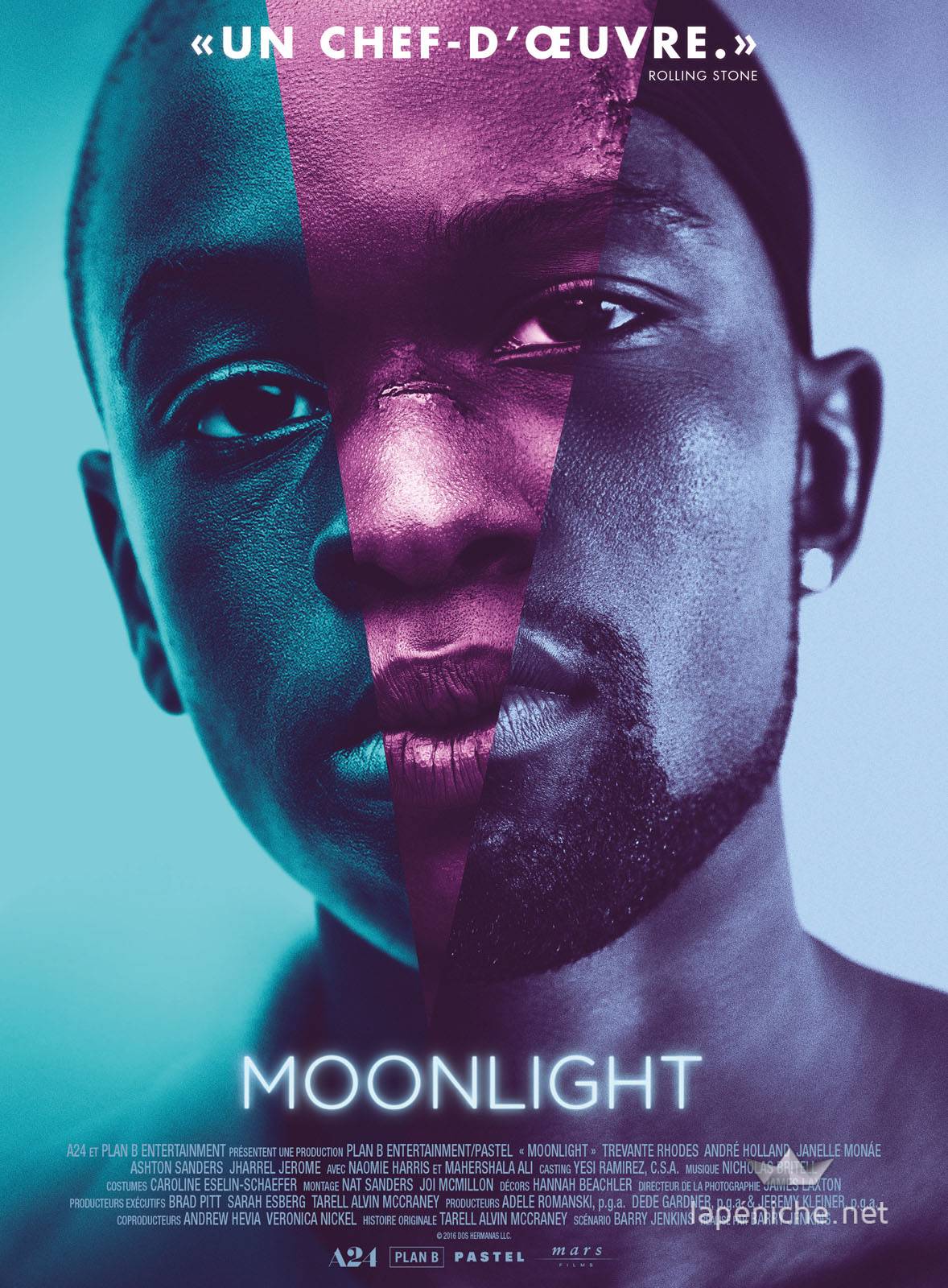 Many thanks to Dominick Tanoh, the author of this article and exchange student from Middlebury, Vermont.

In one of the most memorable scenes of Moonlight, Juan, a drug dealer and father figure to the main character Chiron, takes the boy to the beach and weaves a story of his childhood in Cuba.

An old Cuban woman told him that when they’re running around in the moonlight, Black boys look blue. You [Juan] blue. That’s what I gon’ call you.

When Chiron asks if his name is actually Blue, Juan only smiles and say that one day you have to figure out what you’re going to call yourself.

The life of vulnerable people in America

This struggle to find the power to define oneself forms the sometimes beautiful, often tragic, and always arresting soul of Barry Jenkin’s Oscar winning film Moonlight. The film follows Chiron, a gay black boy living Miami, as he grows from an awkward outcast, to a tortured teen, into a hardened young man.

Chiron’s attempt to reconcile his personal feelings with the brutality that surrounds him places this film in the long tradition of films documenting an aspect of African American life. Films like Boys in the Hood and Menace II Society are opened the window into seeing this struggle for identify and survival amongst the vulnerable people in American life, and Moonlight does share echoes of this same style. However, the continued evolution of Chiron, and of his relationships with maternal and romantic love serves to make this film feel even more complicated. The characters in this film fall just as low as their predecessors, yet they rise up more triumphant, more complex, and in my opinion, fuller efforts to find a self-created identity.

Jenkin’s film gives another critical step in the long challenge to show mainstream America a complex and humanizing figure of African-American life. In a country where economic, and until recently legal, segregation limits the opportunity to see diverse perspectives, the representations we put on the screen often serves as the closest we come to other coasts of life. With Moonlight, audiences across the country were able to see a child grow from an outcast into a drug dealer, due to sheer lack of opportunity. They were then able to see that same drug dealer exposed to the beauty of a realized love. With a sympathetic, but never sanitized work, Barry Jenkins opens a window to the truth of the Black experience in America: that there is no one truth. There is only growth, and individuality, and most importantly, there is stubborn humanity. Humanity that challenges the viewer to recognize it, and how the person struggles to be what they want to be in the face of overwhelming expectation.

While it is by no means perfect, Moonlight shines because it illuminates the pain that simplifying a person and simplifying yourself can create. More importantly, it shows the joy that is found when the jagged edges and seemingly ill-fitting parts of an identity finally find acknowledgement and beautiful acceptance.

At that same scene at the beach, Juan goes on to give Chiron his very first swimming lesson. He holds Chiron up as the boy gets his feel for the water, then finally lets him go free in the ocean. An ocean as wide and as fluid as himself, and as Chiron, and as each of us.