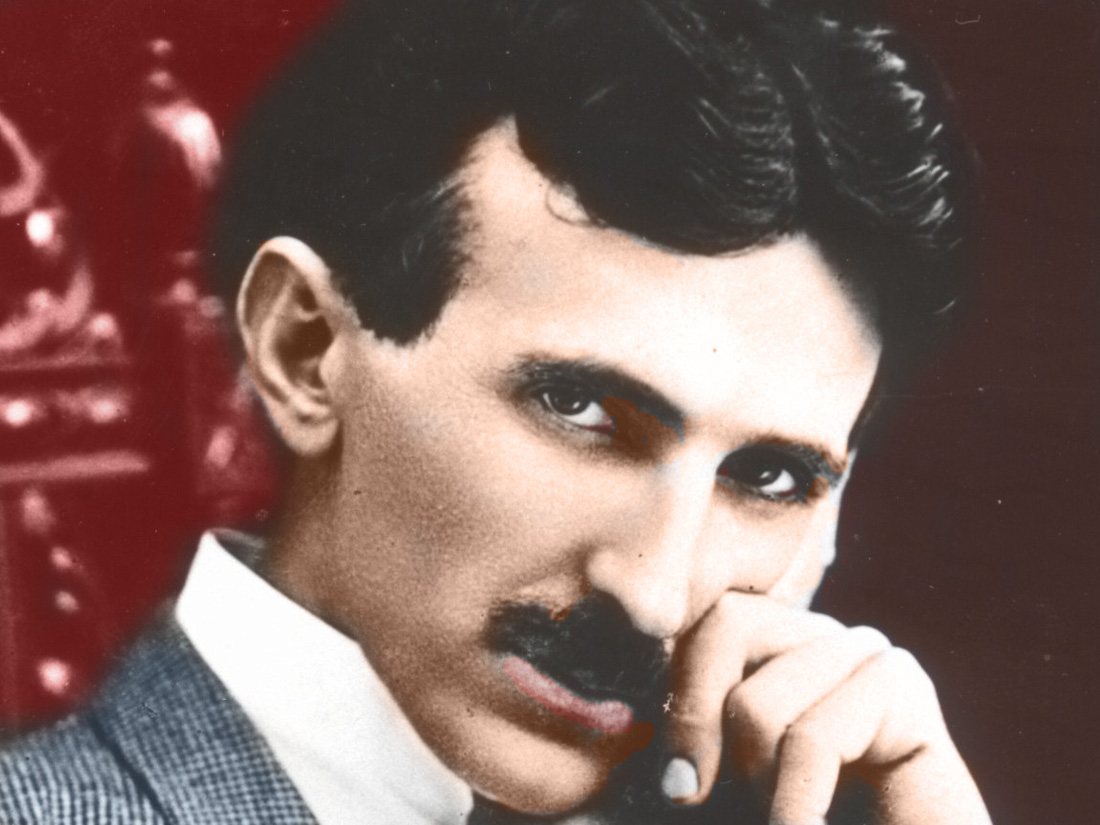 In his latest Eureka article, Benjamin Alt explores the peculiar and mysterious life of one of history’s most undervalued inventors: Nikola Tesla

When asked to name three great inventors of the 18th and 19th century, people usually come up with James Watt and his steam engine, Benjamin Franklin and his kite, and Thomas Edison and his light bulb. Facing the 20th century, however, hardly any names come up; physicists such as Einstein and Hawking are the only ones people remember for their accomplishments. It seems, then, that the probably greatest, maddest, and most illustrious inventor of them all has been forgotten by history: Nikola Tesla, the man who invented alternating current, hydropower, and remote controls. Telsa also invented wireless energy transmission (yes, the kind that will soon power our phones —he allegedly powered 200 light bulbs from 26 miles away, which are numbers scientists today can only dream of) and (possibly) a giant death ray apparatus. During his tumultuous life, science remained Tesla’s single most consistent passion; he even turned down J.P. Morgan and other investors in order to pursue his project on his own.

However, it is not only his genius that makes Tesla remarkable—and a genius he was, speaking 8 languages fluently, holding about 300 patents, and inventing many building blocks of modern technology for which he hardly received the credit he deserved. He was also known for his eccentric lifestyle, and throughout his life he remained a passionate gambler and lived in expensive hotels. But neither of these facts were what made this scientific pioneer truly remarkable. What did single him out was the fact that Tesla blurred the line that separates the genius from the mad man. He hardly ever took notes or made blueprints of his experiments because he was a synesthete who visualized and memorized every idea in great detail. His prolonged skull caused allegations of him being an extraterrestrial—prompting phrenologists of his time to investigate the matter. Whether his propeller- and turbine-free gyroscopic “flying stove” ever worked, no one knows; what exactly he did in Colorado in 1899 with a huge construction made from scrap metal remains a mystery. Eventually, it became entirely impossible to distinguish the lunatic from the scientific genius. He claimed to receive messages from Martians, started nursing pigeons in his hotel room, and, near the end of his life, claimed to have invented a death ray.

Tesla claimed that his “teleforce,” an invisible “Chinese Wall of defense” created by the hypothetical erection of a dozen transmitter towers along the American coasts, was capable of melting airplane motors “at a distance of 250 miles” and was based on “an entirely new principle of physics that ‘no one has ever dreamt about”. This device, according to Tesla, was designed to prevent any future wars; it requires little imagination, however, to come up with a multitude of other possible applications for what he called the “peace ray.” Since Tesla died in 1943 without having been able to gather sufficient military and financial support to realize the project, all that remained were Tesla’s notes, possibly containing crucial details on the mysterious ray of immense destructive power. It is of no surprise, then, that agents of the U.S. Office of Alien Property (OAP) seized all of Tesla’s possessions immediately after his death – “to keep them from falling into the hands of individuals sympathetic to the Axis powers,” according to the FBI’s files on Tesla. Given that it was the year 1943, this can be considered a reasonable precaution.

In the year of 1952, then – the war was over, and the Axis powers defeated – John J. O’Neill’s book “The Prodigal Genius – The Life of Nikola Tesla” mistakenly published that his possessions, including the few existing plans of many of his later experiments, were seized by the FBI. Inundated with letters mostly from university students asking for access to the “eighty trunks (…) containing transcripts and plans,” the FBI under J. Edgar Hoover repeatedly stressed that it is the Office of Alien Property that confiscated them; however, in one letter, the inquirer stated that the Office of Alien Property reported that it “never had custody [of] any property of Nikola Tesla.” Neither of the agencies, then, seems to have kept the mysterious trunks; to make matters worse, some say that Tesla had been murdered by German spies and that his trunks had been seized by the Nazis, only to then be repatriated to the U.S. in the context of Operation Paperclip.

Nazi spies and forgotten files – no one really knows what really happened to Tesla’s plans. All we know is that they disappeared, and in the only unclassified material from the FBI (see footnote 5), several pages have been deleted. In such a case, it is always hard to tell the polemic from the factual – whether Tesla has ever invented anything like the “teleforce,” whether there were any militarily-interesting plans among his possessions, or whether the accounts about the FBI’s, OAP’s or the Nazis’ involvement are true. In any case, it is surprising that almost all scientific records of one of the most genius – and probably one of the craziest – inventors of all time mysteriously disappeared. It is certainly a great loss of technological potential, whether peacefully used or not; this is even more lamentable today, in times when the very notion of intellectual property is disputed, and when “free science” gains more and more support. Unless the trunks resurface, the Tesla conspiracy will most likely remain the stuff of science columns and science fiction novels.