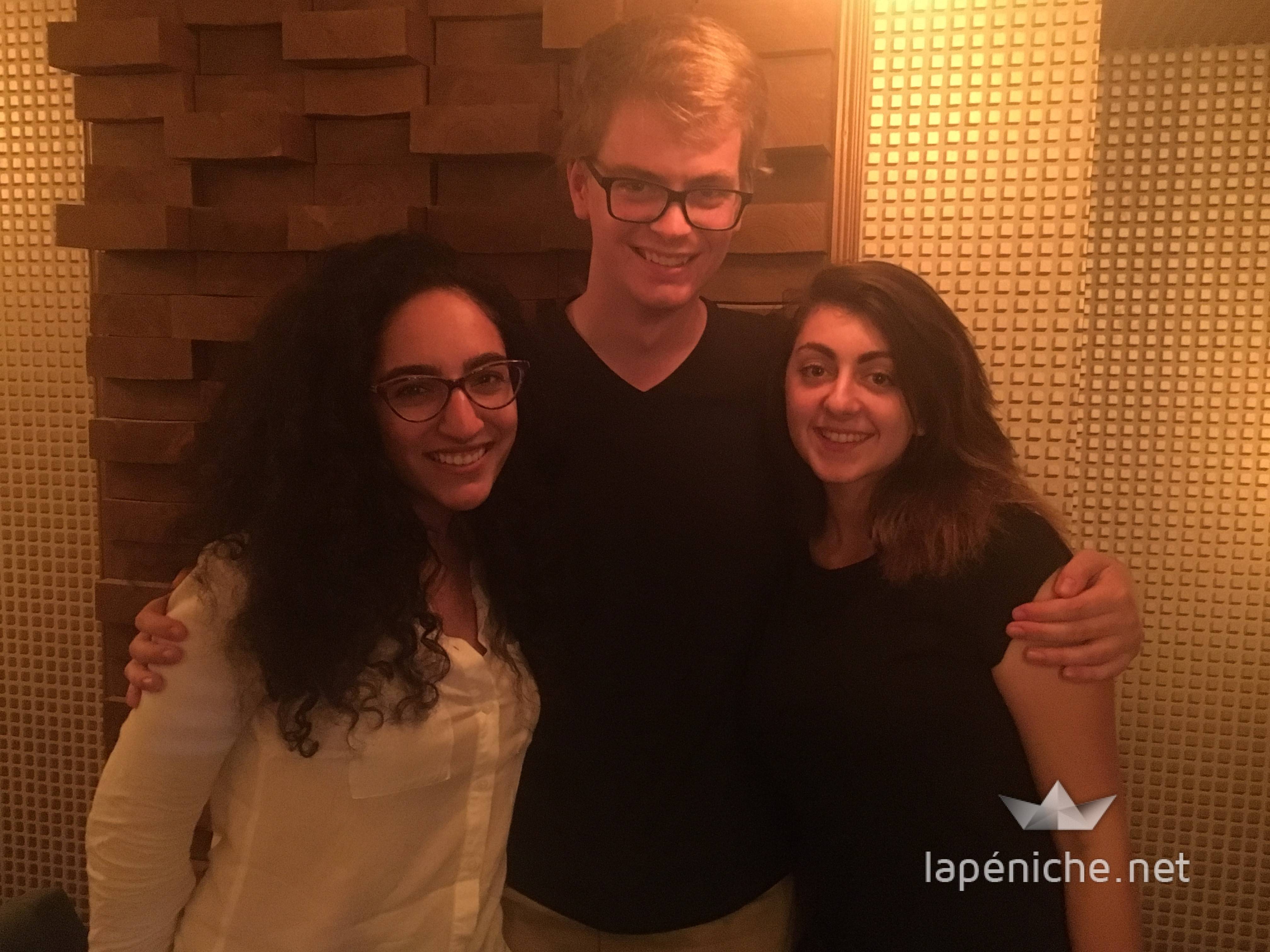 A month before US presidential election, we met three American students on exchange at Sciences Po and discussed the issues at stake. Enjoy this analysis from the other side of the world !

La Péniche : How do explain that Donald Trump is still in the position to become the next president of the United States ? Does it have to do with Hillary Clinton being a bad candidate ?

Tycho : I would say it is a lot of factors. Hillary is a bad candidate, not that she is going to be a bad president but she is a bad candidate. She doesn’t have the same retail political skills that Obama has. She is one of the most disliked candidates in history with Donald Trump. I think she would be a great president but she is not good at selling herself and making us dream like Obama did in 2008. She is also vilified by the right – they created this cult of hating Hillary, a lot of people hate her but they don’t know why. They said so many times that she is a terrible person. I also think that people feel disenchanted with politics and they don’t feel that politicians work for them. With globalization, people feel that they are going to be left behind. That’s why Trump is in this position.

Hannah : I don’t know if she is just a bad candidate, because she obviously doesn’t sell herself the way Obama sold himself or the way her husband did in the 90s. But I think she is supremely qualified, she really has a career that has prepared her for this and I’m confident that she would do well. Her excellent qualification side by side with Trump’s unbelievably unqualified status is what elevates him and brings her down. I don’t think that he really wants the presidency the same way that other people want it, he hasn’t been working towards this his whole life and frankly he doesn’t deserve it. He has built his career on money, he is a money based human being and that also might appeal to some people. It is interesting because he is in so many ways the opposite of a qualified and appropriate candidate and for me, that’s why people are backing him, he is something new. He does not come from a traditional politician background.

Keerit : My point is going to be the most obvious of all but Trump’s campaign is just built on feeding the worst fears of Americans. I don’t think that he believes half the things that he says, it is only to gain the attentions and the votes of people who think that the progress that has come about in the Obama administration has harmed them in their way of life. I also don’t think he wants to be president: he wants attention, marketing for himself and power. But when election night comes and goes he will be perfectly happy if he losses, he will sit back at home and think about a new TV show or a new book to write or a new business and he’ll be fine. It will have been part of his plan all along.

Hannah : And it would be naive to ignore the fact that Hillary Clinton is a woman and she is running right after a black man. I think that’s a lot for some people to have two « non traditional » presidents one after another. First a black man does well, what if a woman does well ? A lot of people might not realize that the fact that she is a woman is part of why they don’t like her. It does hurt her chances to be a woman and it is unfair.

La Péniche : Are you afraid that Donald Trump might be elected ?

Keerit : Yes, I’m afraid that he would become president although as president I’m not convinced he would be able to do many things at all because Democrats and even Republicans hate him. But more than anything what I’m worried about is that even if he losses what he has done in America will last, the kind of feelings that he has brought out.

Hannah : I’m kind of scared but not for myself so much but for the people who will be significantly hurt by the policies Trump would implement. There are people in the US that really depend on good policy and on politicians looking out for them. I’m also worried for people who are discriminated against and who are the object of hatred.

Tycho : I’m mostly fearful that Trump could ever be president because he created all this hate and gathered people who think the same way. With a Trump presidency we’ll be seen as even less legitimate on the word stage and that scares me because I think the US is a force for good. I believe that the world would be in better hands with Hillary Clinton than with Donald Trump.

La Péniche : What was your favorite moment of the campaign ?

Hannah : I really enjoyed all the Republican politicians say that they would not vote for Trump and  over the few months change their minds. It has been hilarious and the most amusing part of that has been me respecting the Bush family for the first time ever. I respect them for sticking to their beliefs and their morals and not voting for someone as horrendous as Trump. They are redeeming themselves in some way at least.

Keerit : It was the first Republican debate where they had 10 candidates and I remember thinking to myself : despite Trump being there, there is going to be at least a few competent candidates for the Republican party so that they have a fighting chance. I was then shocked when every candidate had a major gaffe, besides maybe Kasich.

Tycho : My favorite point of the campaign was during the acceptance of the nomination by Hillary Clinton, she said something that she never really brought up before but that is really important. She said that she should be president because she sweats the details on policy and she does that because when it is your family or your kids it is not detail, it is your life. She was talking about why she should be president and not why Trump should not be president. She is an enormous policy wonk and people make fun of her but I want a policy wonk in the presidency because she is going to know everything there is to know.

La Péniche : A last question, who do you think is going to be the next president of the US ?

Hannah : I am predicting that Hillary Clinton will win by a small margin, a very small margin, to the point where it might even prompt Trump to question whether it was on purpose. That is something he might do. I have high hopes an I am confident that she will win the presidency.

Tycho : I think Hillary will win and Trump will say that the election was rigged all along, we will have some unrest and then I think it will go away.

Keerit : I want to say Hillary is going to win the presidency but I’m genuinely scared that she won’t so I don’t want to make a prediction and be disappointed about it later.